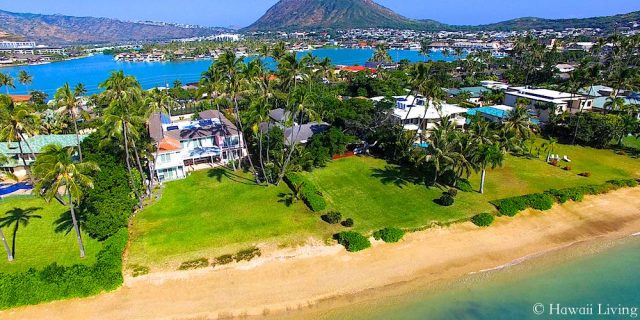 In the following, we will review 7 popular neighborhoods across Honolulu, where you will often find somes homes priced under $1,000,000. 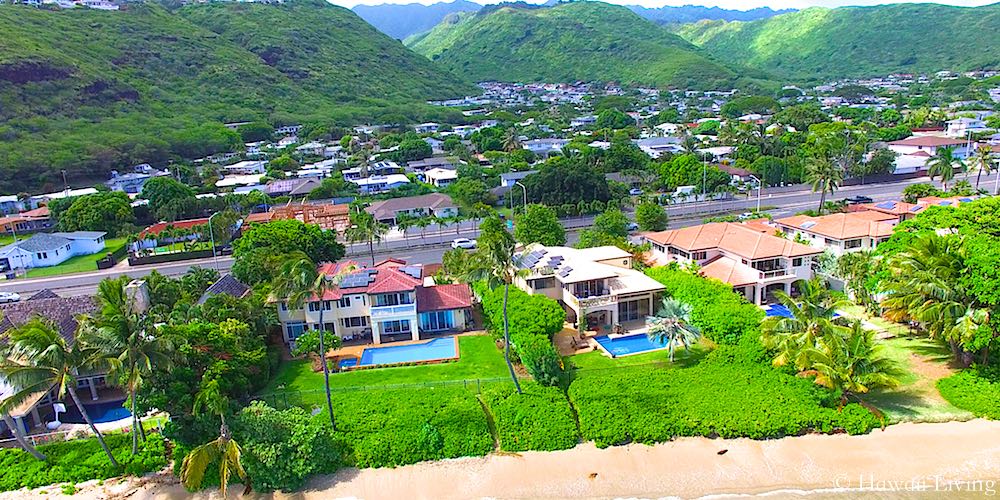 PS! Picture above shows Aina Haina Beach – a very different price point. Homes in the back of the photo, in the valley, are the homes we are describing here.
Aina Haina is a quiet residential neighborhood located in east Honolulu, between Kahala Mall and Hawaii Kai. The median lot size is around 8,000sf and your average home has about 1,700sf with 3 bedrooms. Close to $1,000,000 you will often find liveable and nice homes but if we get closer to the $900,000 price point the homes typically need some work and if the ocean views are great, a lot of work! This community has a decent sized mall with a Foodland Farms as the anchor tenant. 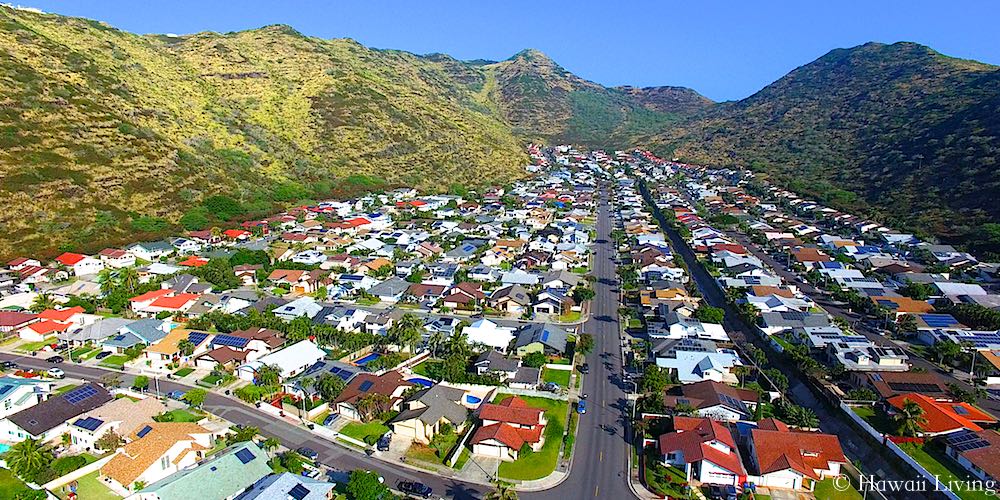 Developed in the 1970’s and 1980’s and one of the lower priced neighborhoods in the master-planned Hawaii Kai community in east Honolulu. Most homes are on relatively smaller lots, about 5,500sf in median size with an average home having about 1,500sf interior and 3 bedrooms. We can find very liveable homes, in good condition, priced all the way down to about $800,000, which is rare for Honolulu. All Hawaii Kai’s shopping and restaurants are nearby – Costco, Safeway etc. For families with kids it is worth noting that Hawaii Kai’s public schools are often rated highly. 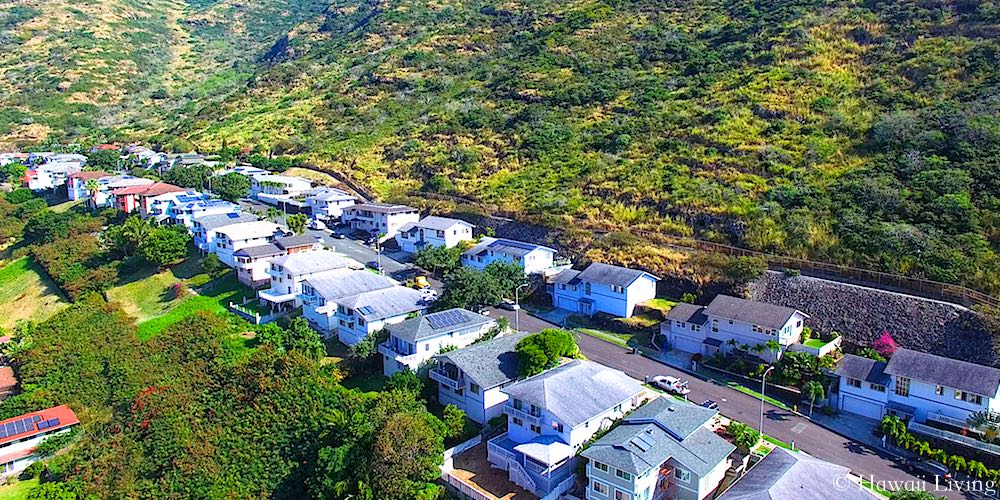 A small charming neighborhood located in the back of Mariners Valley developed predominantly in the 1980’s. The median lot size is about 8,000sf with 1,400sf of interior and 3 or 4 bedrooms. Most homes start around $800,000 and are generally in a nice condition and very liveable. Since it is the end of a valley it is very quiet and has an idyllic feel when walking around the area. Being part of the Hawaii Kai community the residents have easy access to lots of shopping and restaurants. 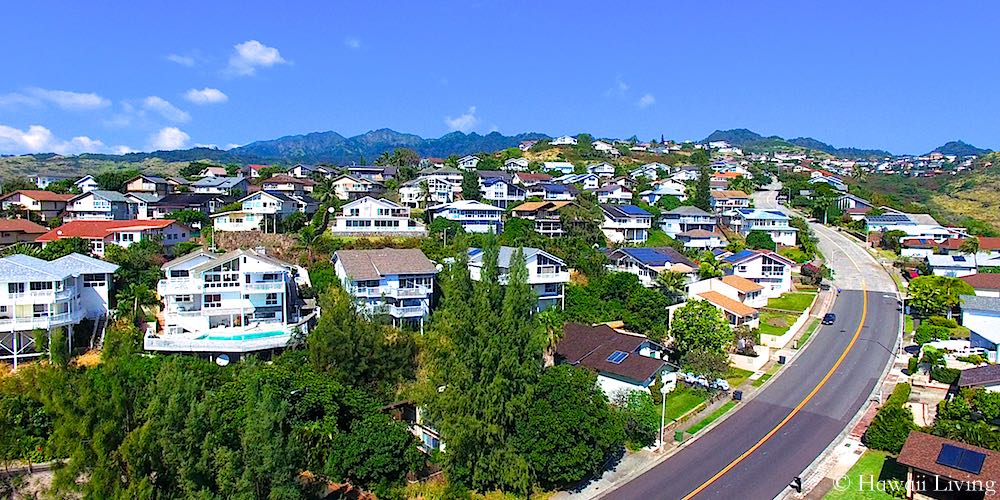 A peaceful hilltop neighborhood in Hawaii Kai with many homes boasting great ocean views. Your typical home is located on an 8,000sf lot with 1,900sf interior and 4 bedrooms. Developments started with the lower section in the 1970’s and the most exclusive / expensive upper part was predominantly developed in the 1980’s. You can on occasion find a home around $1,000,000 in a liveable condition, but it is very difficult to find a decent home at a lower price than this. Being up high residences benefit from the nice breeze we have in Hawaii. 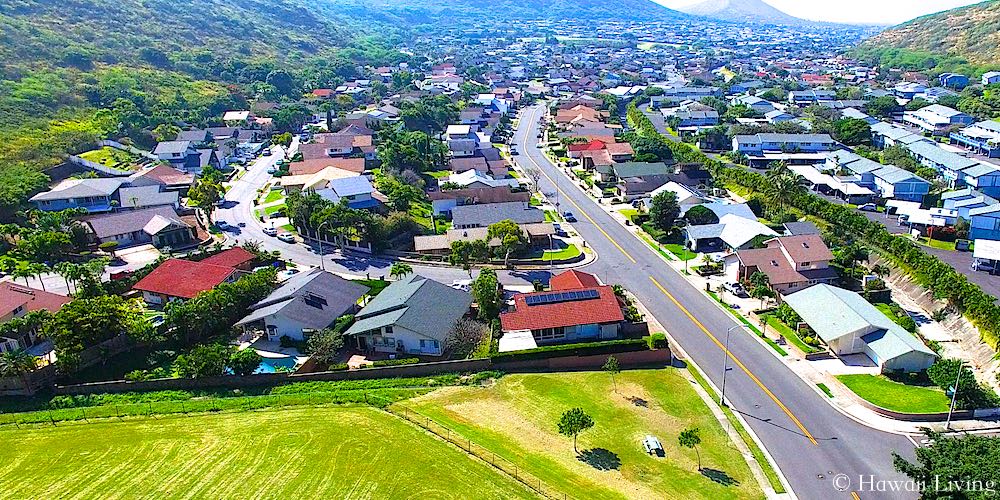 A valley community, with most homes built from 1969-1972 and actually one of Hawaii Kai’s largest neighborhoods. A typical home is built on about 6,000sf with 1,700sf of interior and 3 to 4 bedrooms. On occasion you may find a liveable decent house around $850,000. Like other Hawaii Kai neighborhoods mentioned in this post, access to shopping, restaurants, schools etc is a short drive away.

Kaimuki
Many would say this neighborhood location is incredible, neighboring the exclusive Diamond Head and Kahala areas, near Waikiki and the H-1 highway. You will find a mix of charming bungalow style, vintage & historic homes built in the 1930’s and 1940’s, though in between also some less charming fixer-uppers or outright teardowns. Homes tend to be on smaller lots, median size about 5,000sf and interior-wise your average home is somewhere around 1,300sf with 3 bedrooms. Kaimuki is well-known for its many restaurants near Waialae Ave and along Monsarrat Ave in incredible charming small-town setting and at Kapiolani Community College, located in Kaimuki, you will find Oahu’s largest Farmers Market every Saturday 7.30am – 11am, offering a diverse selection of breakfast dishes, fresh fruit, flowers, vegetables and a large variety of made in Hawaii products and produce. 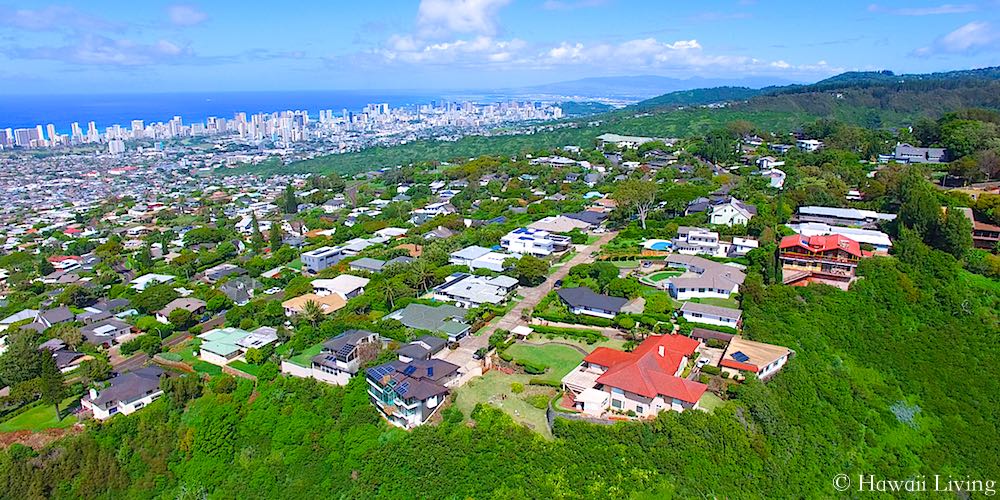 Many will argue this is an incredibly convenient location up a slope, neighboring Kaimuki and all its restaurants. Located on a hill, many of these homes offer dramatic city and ocean views. You will find an abundance of charming vintage homes built during the 1930’s and 1940’s and adding to a charming small-town feel. In Wilhelmina Rise a typical home is located on a lot with about 5,500sf, 1,850sf of interior and 4 bedrooms. The neighborhood is also home to 2 smaller gated communities – Maunalanikai Place and Nohona Kahala. The main road in this neighborhood, named Wilhelmina Rise, is popular for athletes’ endurance training and at the very top of the ridge is the Mauumae Trail – a popular hike.

A Final Thought
Over the past several years we have seen an increased interest from prospects to purchase a property in close proximity to town (e.i. near Waikiki or Kakaako), which is also why you will find 4 neighborhoods in Hawaii Kai from the above list – Hawaii Kai being the most eastern part of Honolulu and about 10 miles from Waikiki (for many people living in Honolulu 10 miles feels like a long distance).

Feel free to leave comments or questions below.