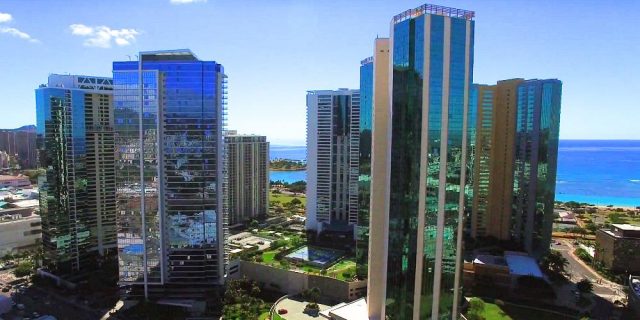 Recently we have been asked to comment about:  “..the explosion of condos going up in the Kapiolani/Ala Moana area. Will they get built? Why or why not? Is there still an appetite for these projects? Why or why not?”

Contrary to the what some might think, the recent Honolulu condo building boom is barely a drop in the bucket to satisfy Honolulu’s strong housing demand. The real issue is affordability for both the buyer but also for the developer.

Real Estate is cyclical. It takes about 3+ years to plan, build and ‘close’ a condo project. Developers need to anticipate the market cycle correctly 3 years in advance and hope risk / reward projections are accurate.

Vida at 888 Ala Moana was the first but might not be the only victim of market miscalculation during the current market cycle. 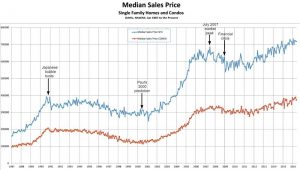 It is crucial for developers to make the right decisions before construction starts, which is the ‘point of no return’. Last cycle’s development failure was ‘Moana Vista’, finally completed in 2009 as rebranded ‘Pacifica’.

The recent building boom is merely a function of the perceived increased ‘feasibility to develop’ based on ‘cyclical more favorable market conditions’. Market reality is: We have had a consistent ongoing deficit of new urban housing development since 1980(!) compared to Honolulu’s population growth.

It depends on the price point:

1.)       $400K – $1Mill:   Pent-up demand is far from satisfied for the more ‘affordable’ price range condos (< $1Mill). Buildings like Kapiolani Residence (Ala Moana), and Ke Kilohana (Ward Village / Kakaako) are selling out quickly multiple times over. As long as development cost is within developer’s feasibility range, we hope to see more of these high demand projects completed. Aalii, Ward Village’s 6th offering anticipated for release early 2017 fits this category and we expect it to sell well. Slight compromise on unit size should accomplish both, feasibility and sales success at this stage in the market cycle.

‘Live, work and play in town’, appears to be a popular lifestyle option for many buyers up to the ~$1Mill threshold. The alternative is an hour commute to the west, even if / when the proposed new rail is completed.

2.)       $1Mill – $2Mill:   Luxury condos such as Aloha Kai could easily miss this cycle and might end up like ‘Vida at 888 Ala Moana’, cancelled, or redesigned / postponed for a few years until the next feasibility cycle. Building cost increased dramatically in the last few years. Unless construction slows down, construction companies are not likely to lower their costs any time soon.

3.)       > $2Mill:   Ultra luxury condo demand has slowed more than some developers would like to publicly admit. Early offerings e.g. Waiea (just completed) and Park Lane (est. completion in 3 phases Spring / Summer / Fall 2017) have sold well and are considered a success. The same holds true for Anaha, scheduled for completion Summer 2017.

However, Gateway Towers, Kakaako’s most recent ultra luxury condo offering has not gained the same traction. For now demand at this price point appears to have been satisfied.

Slow sales at Gateway Towers might suggest condos above $1Mill are not selling anymore and the current cycle may have peaked. We see this leveling off only as a temporary new plateau. The pool of luxury condo buyers gets smaller the higher the price point above $2Mill. There is currently a good supply of $2+Mill ultra luxury condos available. It will take some time to get absorbed, hence luxury buyers don’t see the urgency to buy.

Some argue that Ward Village’s 60 acre development with 22 proposed new buildings and ~5,000 new condos may have been too ambitious from the get go. We disagree.

5,000 new urban Honolulu housing units within 20+ years translate into <250 units per year. Hardly a number that would suggest an oversupply, certainly not below $1Mill.

According to the State Dept of Business, Economic Development and Tourism, based on projected population growth between 2015 and 2025 (10 years), Honolulu County (Island of Oahu) will need 25,847 new housing units. That is 2,584 additional housing units every year.

Howard Hughes owns the 60-acre Ward Village land. Without land acquisition cost Howard Hughes has the luxury to adjust development time frames as needed with changing market conditions. ‘Ward Village’ so far offered 5 condo buildings for sale. The remaining ~17 condo buildings could simply be stretched out over many more years.

–           ‘Our Kakaako’ is owned by Kamehameha Schools, they are land owners, not developers. Anybody wanting to develop within “Our Kakaako’ will need to secure the land from Kamehameha Schools at a cost. That leaves little room for error with razor thin profit margins, as we have seen with Vida at 888 Ala Moana.

Ritz-Carlton Waikiki, the newest Waikiki luxury condotel has sold exceptionally well, due to excellent marketing efforts catered towards Japanese luxury buyers, a market segment Howard Hughes / Ward Village has not yet been able to successfully tap into, to the same degree.

We currently have goldilocks economic conditions.

Slow growth is good. With some normal backing and filling, both the US economy and Honolulu’s new condo market are poised to continue moving forward.

Let us know what you think. We like to hear from you. ~ Aloha