Central vs West Oahu Living – The Differences in Lifestyle 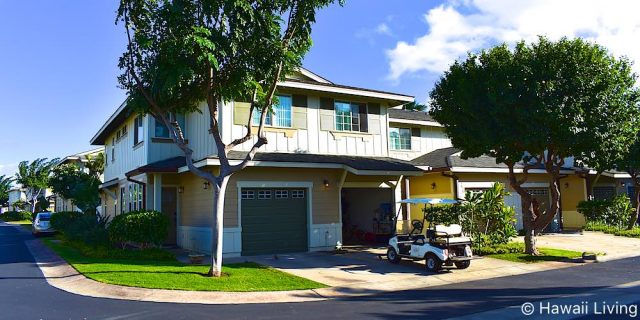 Comparing Central and West Oahu is a big job. Those 2 areas take in a lot, especially Central Oahu, which claims everything from the teeming activity of Pearl City and Waipahu, all the way up to the wide open, planned communities of Waikele and Mililani.

Despite that, choosing between them is a common process for many homebuyers in Hawaii. There’s many factors they weigh between the two. including commute time, an ever-present issue for almost everyone on this Island.

Our job here is to underline where they diverge in important ways that will affect not just your general lifestyle, but your daily life – the kind of things that can bend a homeowner’s memory of that purchase toward Delight or Dejection. That’s the kind of real estate background it’s critical to know. So why wait any longer? Let’s get started.

As we all know, life in Hawaii has its own style and rhythm. That must be accounted for in your home choice. One way that plays out is the accessibility of the water lifestyle that drives so many locals. For some, getting into the ocean regularly, whether for swimming, surfing, paddling or just to recharge a soul depleted by the daily grind, is vitally important, even required. That significance can certainly drive a real estate decision.

No one would suggest that you can’t do it from a home in Central Oahu. It’s no secret that many do. The issue is that it does take more time and effort than if they were based in West Oahu. In plain terms, there are no beaches, even in the coastline areas of Aiea and Pearl City. So a drive on the highway is required, because your nearest sands are in Ewa Beach.

There the coast is almost one long stretch of soft oceanside playground, from Iroquois Point on the east end all the way to Ko Olina on the west. Puuloa Beach Park, White Plains Beach, Barbers Point Beach Park, the Ko Olina Marinas – just some of the places here that you can listen to the waves or wade in to greet them. 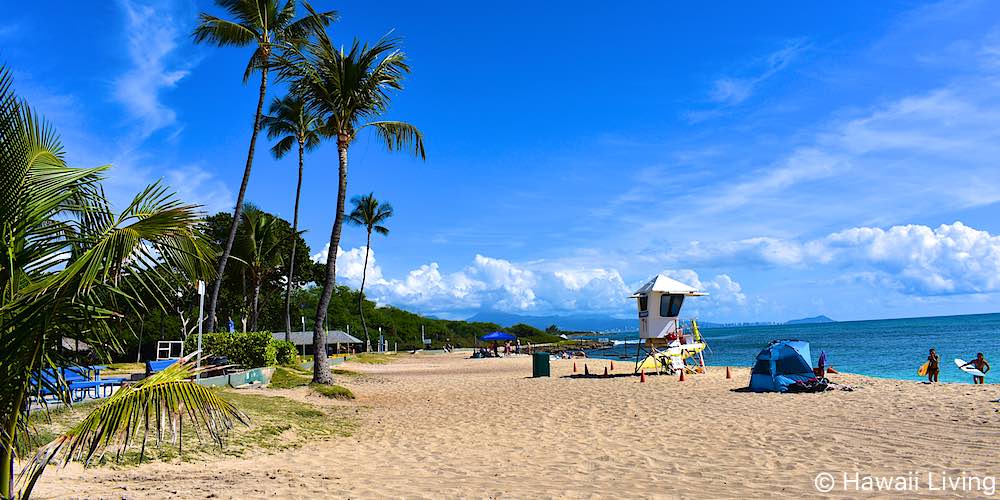 Not everyone on the Ewa Plain can walk to these recreational spots, of course, but the trip is a shorter and more convenient one than the trek your neighbors must take from the areas immediately east. While this would be a major point for residences almost anywhere, it is elevated to another level entirely when it comes to Hawaii and the profound connection locals feel with the ocean.

We should point out that the also enticing prospect of an ocean view can be a part of your life in both areas, however. The sloping terrain of Aiea and Pearl City and the entire Central geography affords many a lookout over the Pacific, including historic Pearl Harbor. In fact, you may have a better chance at, and a more affordable entry to, an ocean view than on the flatter lands of the Ewa Plain, where the sight lines are more restricted and therefore harder to get, outside of Makakilo.

THE DIFFERENT OPTIONS YOU GET IN REAL ESTATE
One other area Central Oahu does come out ahead is an additional option in housing. While West Oahu also has single family homes and townhomes, it lacks high-rise condominiums, the most common residence on the Island. For some that is a selling point, but others like the elevated outlooks and usually more affordable price points. 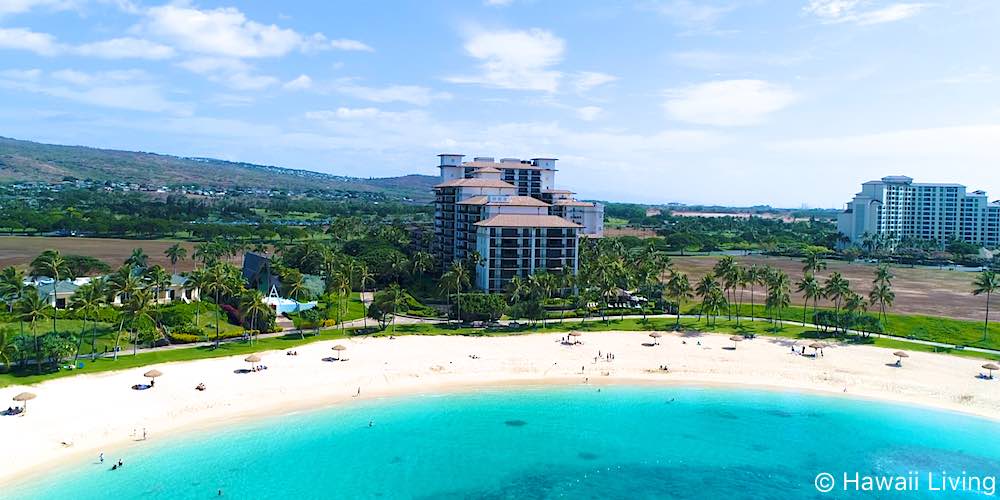 While it is true that the 2nd City can claim the Ko Olina Beach Villas, it is the exception that proves the rule. Not only for being the only condo tower in that entire region, but also for its luxury status and broad use as vacation rentals, rather than year-round residences.

Aiea, Pearl City and Waipahu all have multi-story condominiums within them, the landscape returning to heights under 4 stories in Waipio, Waikele and Mililani. If having that option on the table is important, Central Oahu is where you will find it. 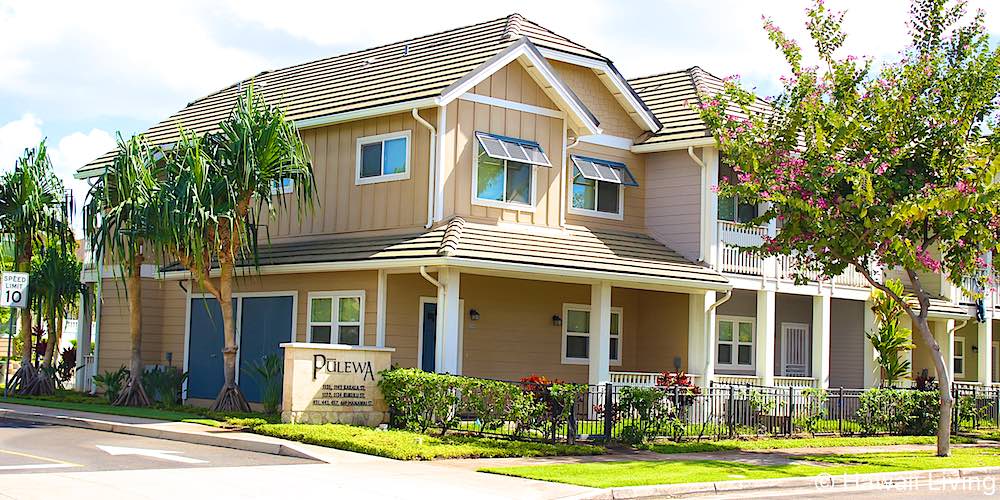 Kapolei and Ewa Beach have some options of their own to offer, too. One is the obvious fact that the newest homes have been, and will be, built here. New projects like the in-progress Hoopili and Pohakala at Mehana are just two of the most recent. If you’re shopping for a late model or even a still-to-be-built residence, the Ewa Plain is your destination.

Another feature West Oahu has over its eastern neighbor is fulfilling the dream of a home with a yard. There are certainly houses and even townhome condos to be found in Central Oahu that can satisfy that yearning, but there’s no real comparison. You can see street after street of lots with lawns and yards in the 2nd City, a selling point for so many who thought having that was not possible in today’s Hawaii. That assumption is gone forever now with the rise of this region.

CENTRAL & WEST OAHU – BOTH MARKET ENDS COVERED BETWEEN THEM
Across both Central & West Oahu you can find generally comparable homes and communities within the mid to higher-mid range market. The extremes, though, are each better covered in one than the other.

Ewa Beach and Kapolei are always cited as where affordable homes are to be found. That is undeniably true, but a greater source of lower-priced Oahu real estate are listings in the Waipahu-Pearl City section. The median price, using recent figures, in those towns is $50K or more below the median of the Ewa area. 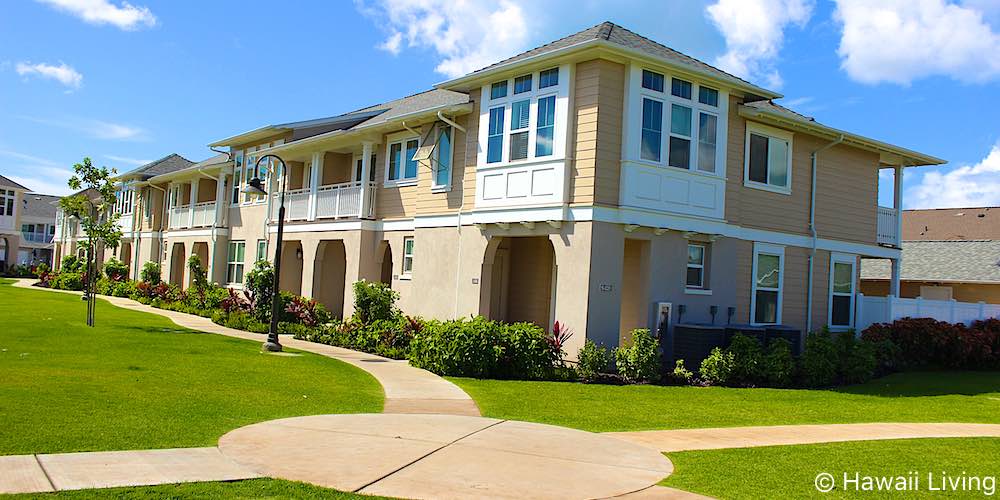 At the other extreme, luxury properties are almost exclusively the domain of West Oahu. This is best typified by the resort-living experience that can be purchased in the homes of Ko Olina, and now Hoakalei, too. Days surrounded by leisure, with hotel/resort amenities available for you to enjoy and an manicured environment that soothes like a warm embrace. There’s just nothing like it, not just in West Oahu, but anywhere else in Hawaii.

CENTRAL OAHU – URBAN ENVIRONMENTS & BUSY HIGHWAYS
While Waikele, Mililani and Mililani Mauka share the same open, planned layout of the 2nd City, Central Oahu also has the longstanding towns of Pearl City and Waipahu, places that have existed for some time and filled in more organically to satisfy surging demand from the mid-20th Century on. 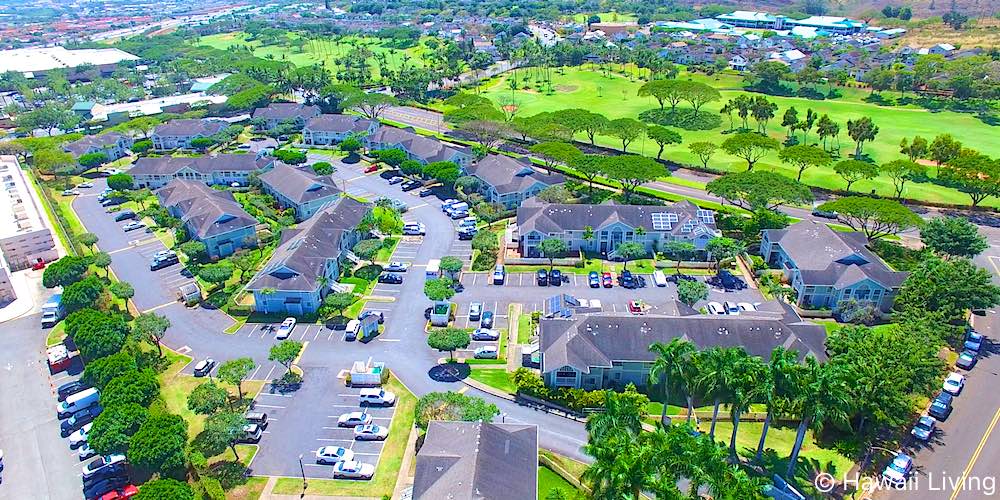 Little was planned and the lots were often smaller sized in general, leading to neighborhoods where homes sit very close together today. The original Ewa Beach town is like that, and for similar reasons, but the size and scope of it is not on the same scale. In comparison, that part of the Ewa Plain is almost a bedroom community.

Major highways – Kamehameha and Farrington – travel right through Pearl City & Waipahu, with large strip malls on either side of those arteries, adding a traffic element that also separates them from anything else in Ewa. It’s an unmistakably urban environment, something West Oahu does not possess, and it even stands out from the rest of Central Oahu as well.

Those highways are important and they are present throughout all of this section of the Island. Almost every community has a main route running right beside it or even cutting through the middle of it. Mililani Town has Route 99/Kamehameha Hwy bisecting it and H2 makes up the border between there and Mililani Mauka. A little further south, Waipio sits sandwiched between those two roadways.

Pearl City & Waipahu, along with the Farrington & Kamehameha Hwy’s mentioned before, also have H1 lining much of their mauka sections.

The 2nd City is both blessed and cursed with having only H1 to access anywhere east of them. While this makes for an obviously longer commute time to Honolulu than Central Oahu residents, there’s also nothing like the congestion you can get into driving through Pearl City or Waipahu’s central districts. A mixed blessing, as they say.

If weather is a concern of yours, then there’s a clear winner to be declared. The Ewa Plain has always had higher temperatures, so it’s an accepted part of your day in Ewa Beach and Kapolei.

Waipahu and Pearl City, especially of the Central Oahu areas, have similar patterns of raised temperature compared to most of the Island. The change comes with a drive upward into the heart of the Island where you’ll feel a distinct difference.

Both Mililani Town and Mililani Mauka, up on the plateau made up of the two mountain ranges meeting, dwell in an atmosphere that ranges from 52 degrees at its low and 88 as its high, with averages that top out in August at 76 degrees. It’s a very nice, and distinct, selling point for many when you compare it to the, on average, 4 to 5 degrees higher those in Kapolei and Ewa Beach experience. 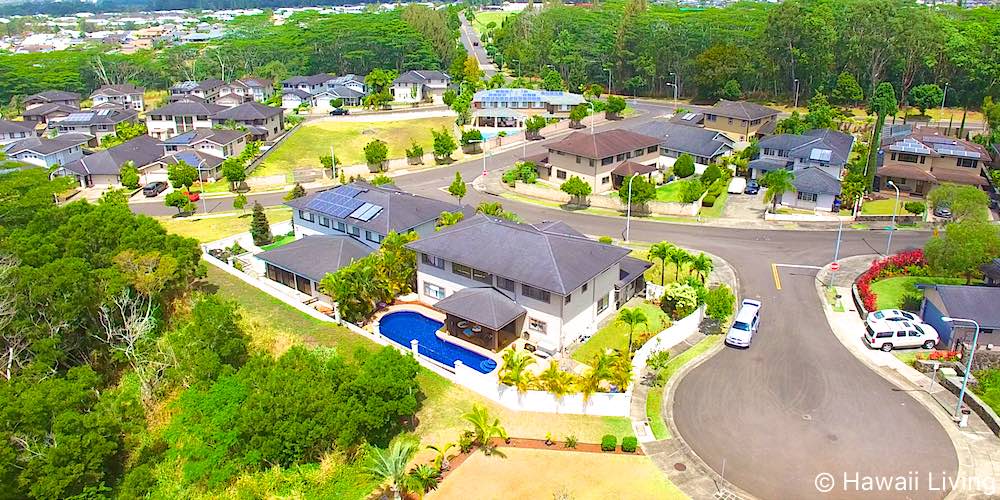 The heights of Makakilo do give some protection against that, but it’s unevenly given. Think of it this way. Makakilo is a hillside community, so there’s a certain height to be reached before you the difference begins to be felt. So, Makakilo residences that are lower down don’t get the same advantages as those higher up. Every home in Mililani Town & Mililani Mauka, however, is up on the mid-Island plateau, so everyone there enjoys the advantages of the higher elevation’s climate. It comes with the property. 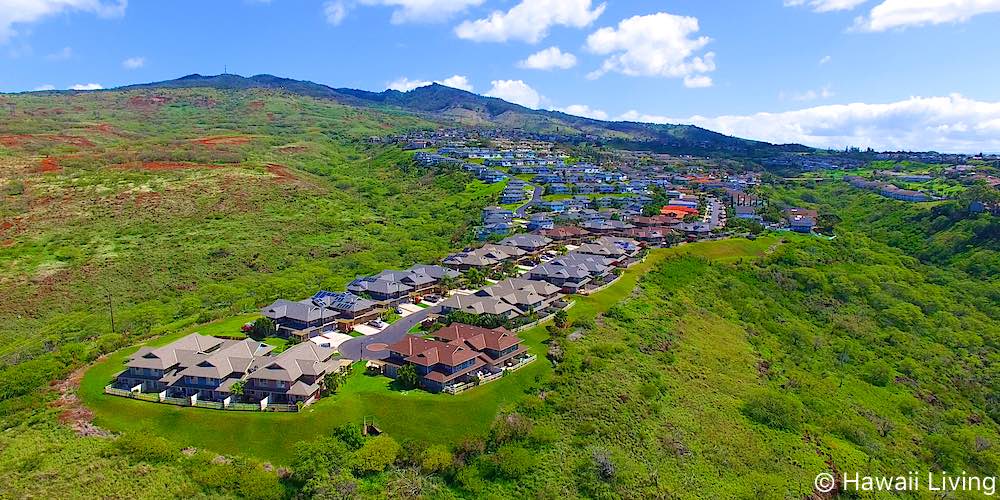 WHAT YOU SHOULD TAKE AWAY
Ultimately, the wonderful aspect of life on Oahu, and all of Hawaii, is that the individual neighborhoods and communities each have something distinctively theirs. Still, understanding where these 2 regions stand out and apart is important to focusing on where your Oahu real estate needs will be best met. The answer won’t be the same to everyone. It’s just important what yours is.

Central vs West Oahu Living – The Differences in Lifestyle was last modified: February 20th, 2018 by Hawaii Living
Loading Facebook Comments ...
⇐ Bikinis to Board Shorts – Kailua is Suiting Up!
How Is Assessed Value Determined for New Condo Developments in Honolulu? ⇒
Buying or Selling? Contact us here.