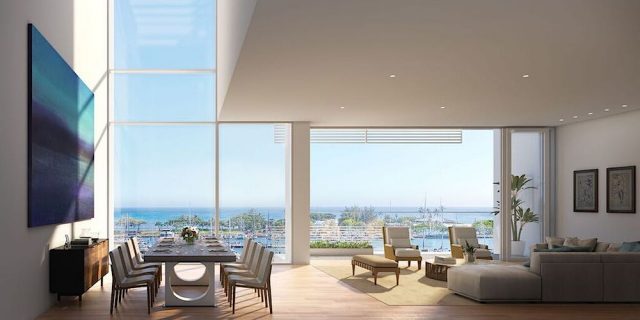 Late year 2002 marketing of Hokua, a luxury condo in Kakaako, began pre-construction. Prices started in the $500,000’s for a low floor 2BR and close to 50% of the units were priced above $1M. This was almost unheard of prices for Honolulu condos – with the exception of a few condos on Diamond Head’s Gold Coast – and a lot of people wondered whether the developers would succeed selling at such high price levels. When construction commenced, November 2003, about 95% of the units were sold and upon completion, January 2006, resale prices started from $1,500,000 and up – an incredible appreciation for the few lucky buyers! Hokua was the first indication there may be a growing demand for new luxury condos that provide for an easy & convenient lifestyle, as opposed to a need for space and added privacy, offered in single-family homes.

Other projects were since Hokua marketed as high-end or luxury properties, like The Watermark and Allure Waikiki, though neither were anywhere close to the level of luxury that Hokua offered. 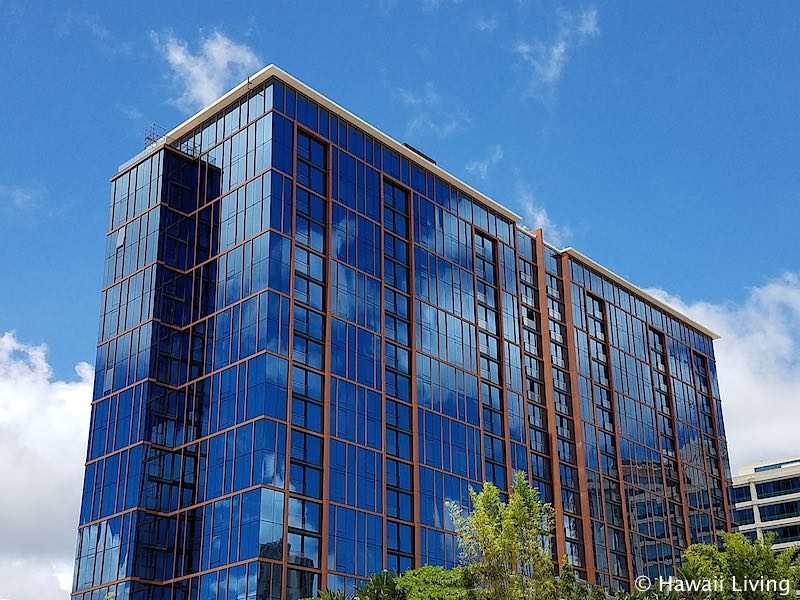 Surprisingly, it wasn’t before year 2012 a new luxury condo, comparable to Hokua, was marketed – One Ala Moana – and it sold out in just 2 days. Prices started in the high $500,000’s for a low floor 1 bedroom without ocean views and most 2 bedroom units with ocean views were priced somewhere in the $1,200,000 to $2,000,000 price range. Upon completion, late 2014, there were 3 new luxury condo projects being marketed pre-construction and that negatively impacted the demand for resale units at One Ala Moana condos. On average, original buyers didn’t end up with condos that had appreciated much, if at all. 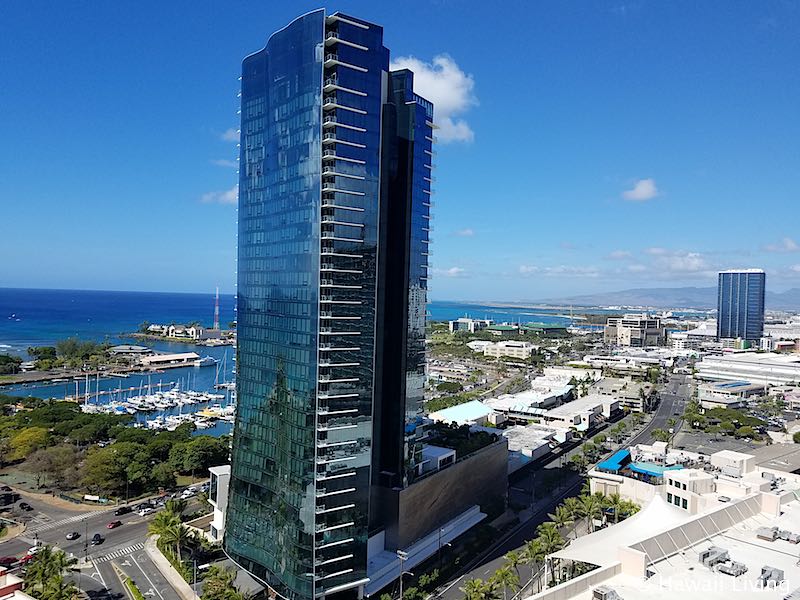 February 2014 Howard Hughes Corporation began marketing of ultra-luxury Waiea and luxury Anaha; the first 2 towers offered as part of their ambitious 60 acre Ward Village master plan. The median price was around $3M at Waiea and about $1.2M at Anaha (several smaller units at Anaha is a big reason for the large gap in median pricing). Prices at Waiea were unheard of in the Honolulu condo market, but with expectations of taking the concept of luxury living to an unprecedented level, sales were brisk and within 1 year the developer was about 80% sold out (slight lower, but similar levels for Anaha). 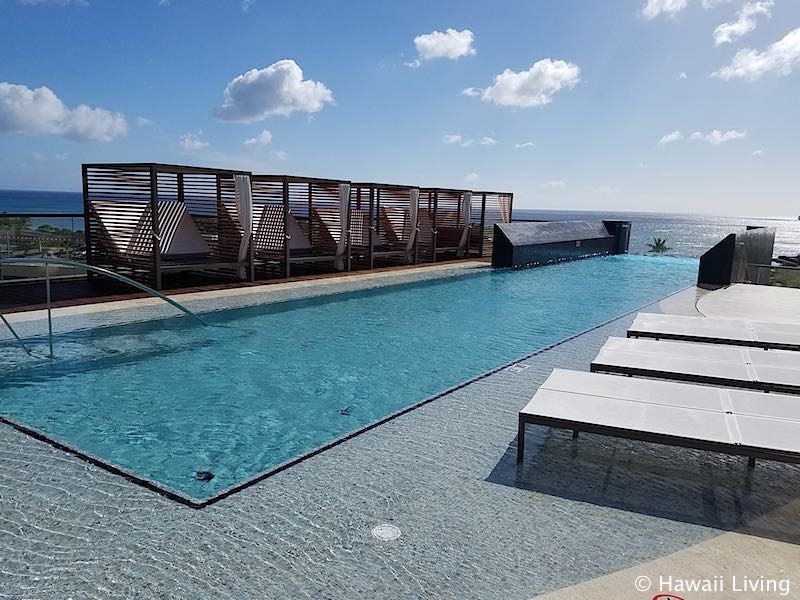 Late summer 2014 The Kobayashi Group & McNaughton Group (developers) started marketing of an ultra-luxury condo named Park Lane Ala Moana, with a median price around $3.5M, making it the most expensive project on a price per square foot basis ever offered in Honolulu. Sales have been strong and all original buyers have recorded and taken ownership – the developer is about 95% sold out as of writing. 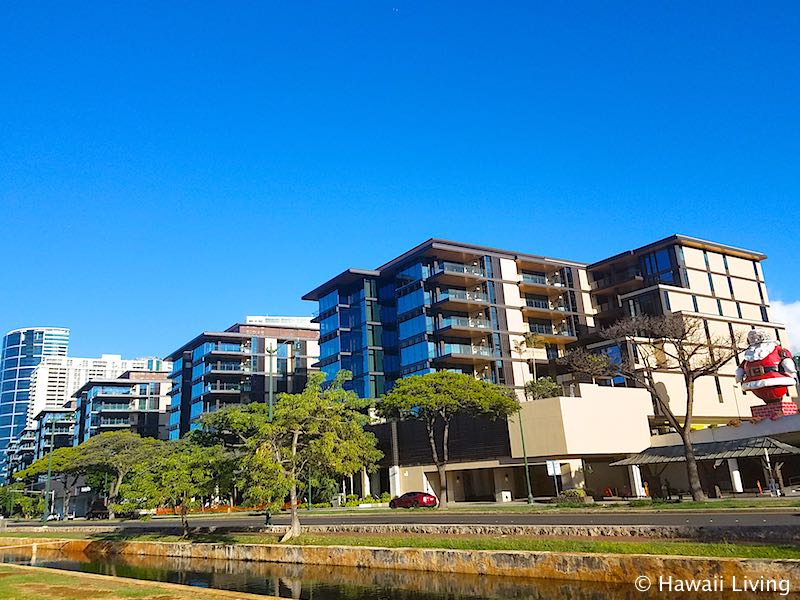 There are several other new condo projects in the works, especially in the Kakaako and Ala Moana areas, though in the luxury category, it is currently some condo hotels that are in the early planning stage near Ala Moana Shopping Center.

Who is Buying Luxury Condos?
50% of luxury condo buyers reside in Honolulu, 25% Japanese, 15% from the US mainland and the remaining 10% are a mixed group of overseas buyers – Koreans, Chinese etc.
PS! Figures are approximate.

What Are Buyers Looking For?
An increasing number of buyers in Honolulu are looking for brand new construction, easy living and convenience with easy access to shops & restaurants. This trend has impacted values in many existing condos. Take Hokua, for instance, built year 2006. It is still a spectacular property, but not new and exciting, and as a result prices are now about the resale price levels from a decade ago. Some buyers are purchasing new construction in hopes of greater appreciation potential and others simply like the idea of owning a brand new unused property, not to forget the exciting anticipation waiting for the project to complete. Most single-family homes are not brand new and a $5M Diamond Head home remodeled 10 years ago, just isn’t as exciting as a brand new luxury condo for most buyers in today’s market.

Changing Trends
Year 2012, 43 homes and 16 condos sold above $2,500,000 in Honolulu. Year 2016, 58 homes and 97 condos sold above $2,500,000 in Honolulu. An incredibly growth in luxury condo sales.
PS! Please do keep in mind that several of the luxury condos sold year 2016 represent purchases made pre-construction 1 to 3 years earlier, but only count as sold condos for year 2016, since that is the the year the sale is officially completed and recorded (the year the condo is built). This obviously skews the condo figures to look like the luxury condo market has been more explosive than reality. Nonetheless, it doesn’t change the fact that a trend has emerged: Luxury condo living is in growing demand and it seems like a trend that isn’t going away anytime soon!

A Final Note
As the demand for new construction – purchasing pre-construction & during construction – has exploded in Honolulu, developers have become more aggressive in their pricing and it requires a greater understanding of a given project, the pricing structure, location etc to make a sound decision.