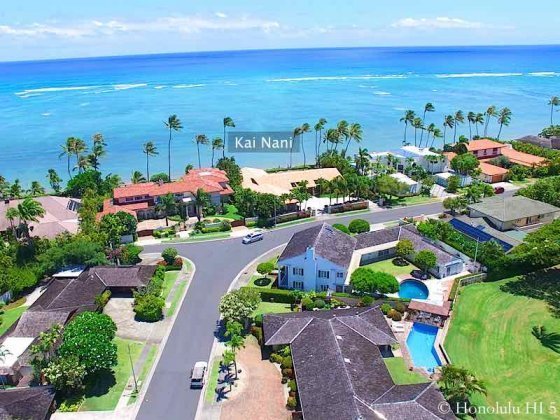 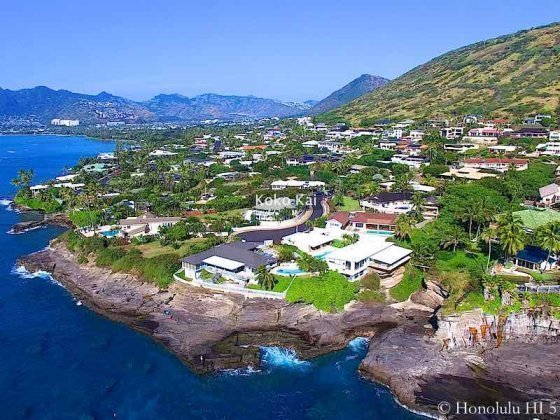 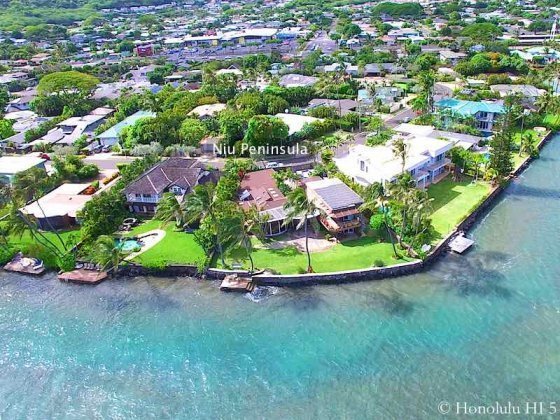 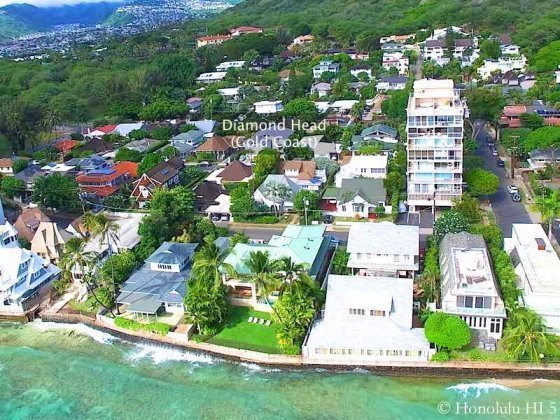 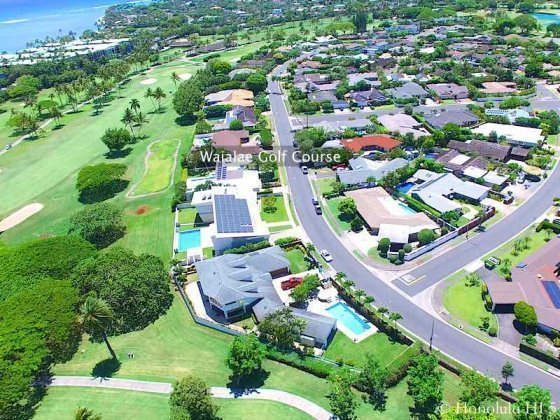 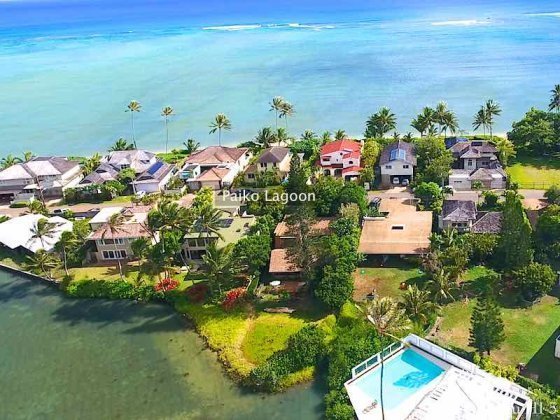 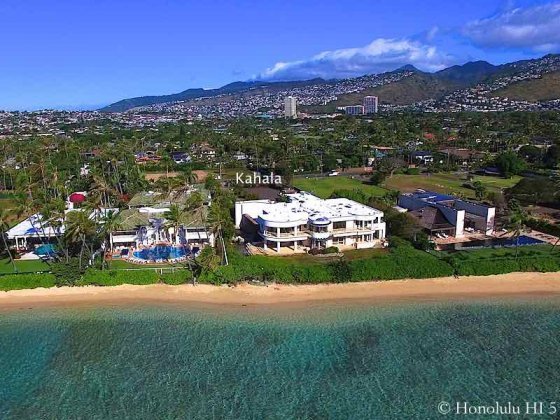 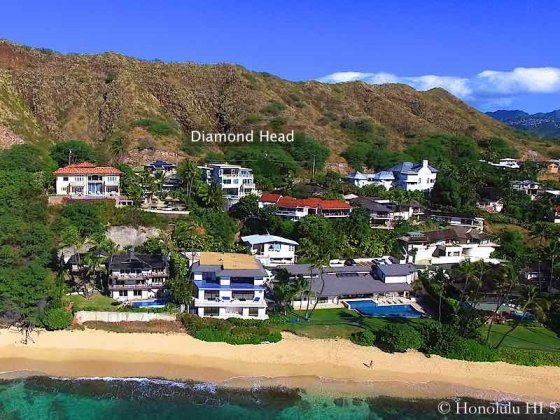 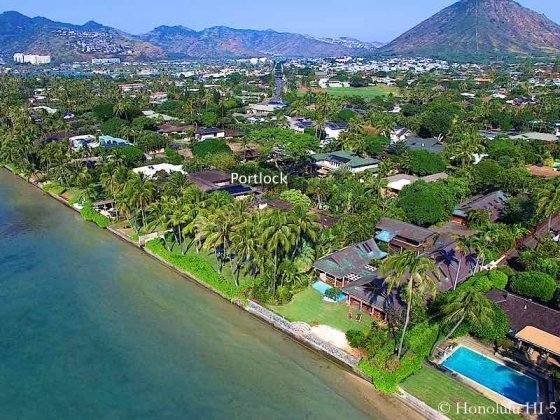 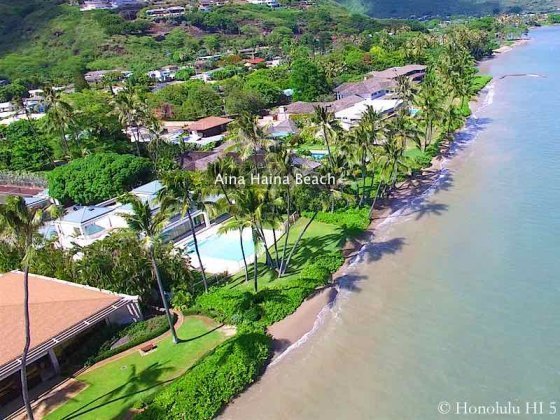 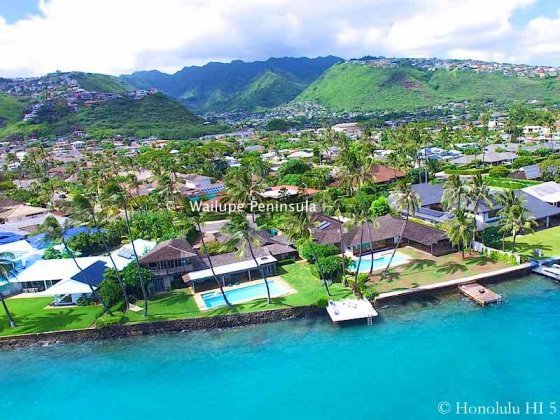 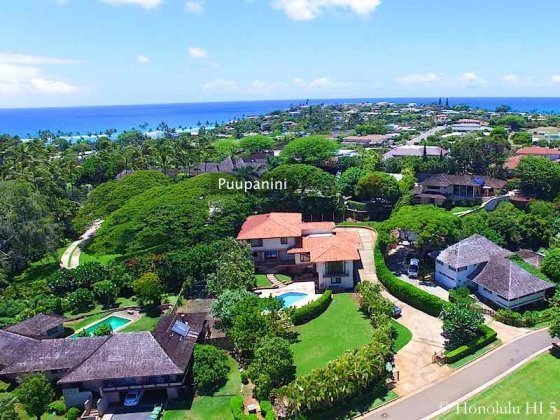 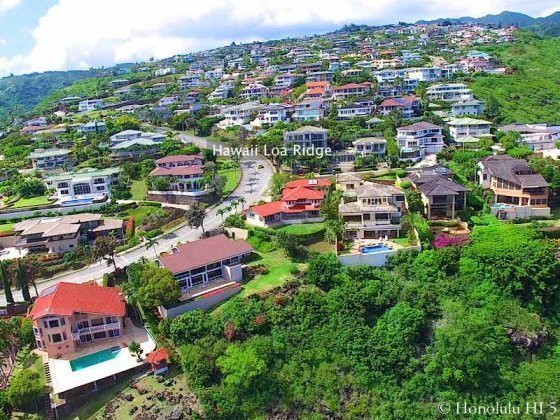 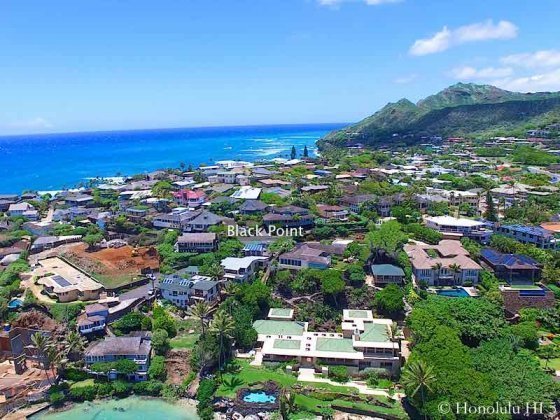 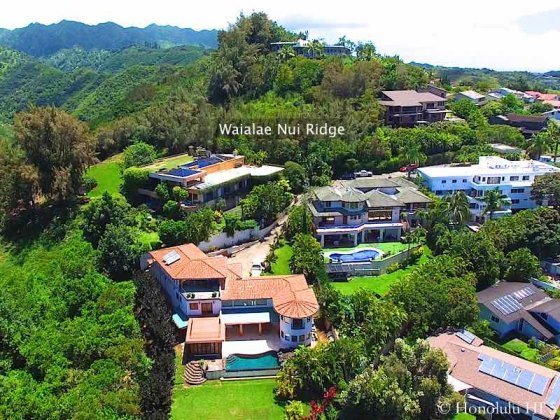 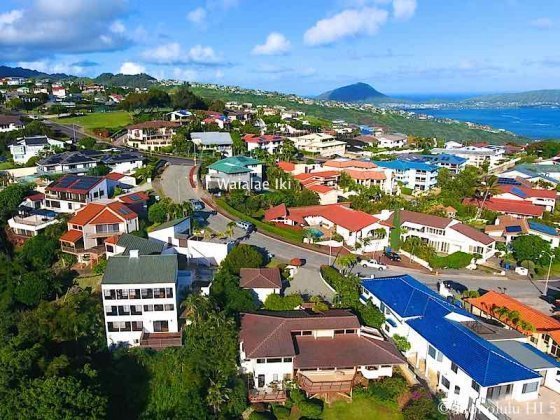 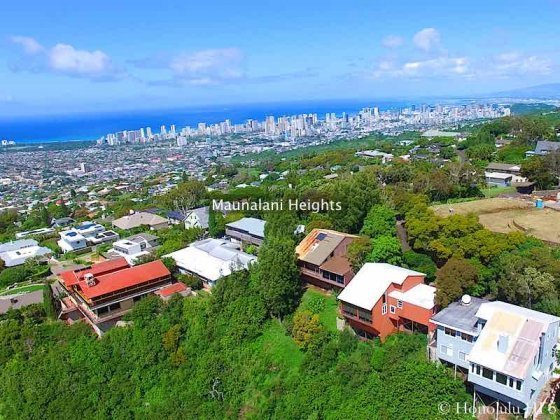 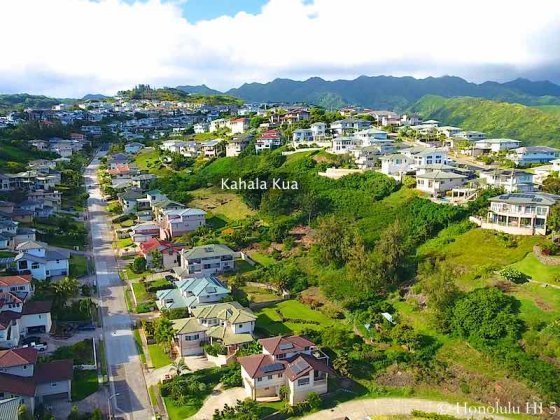 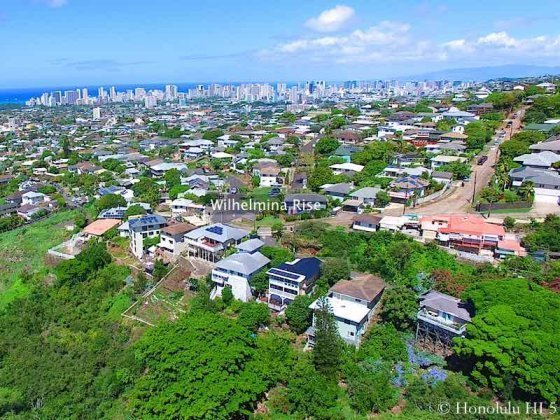 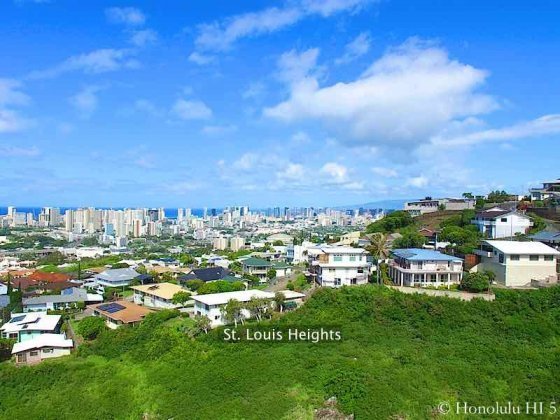 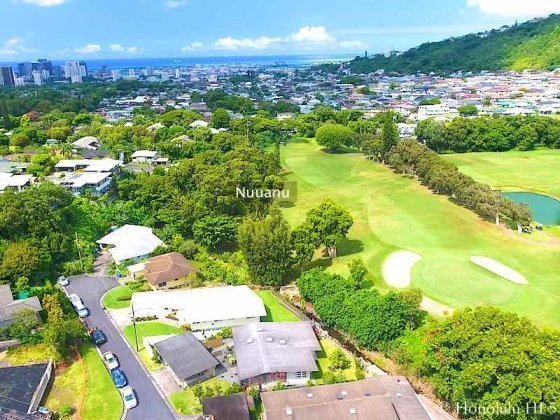 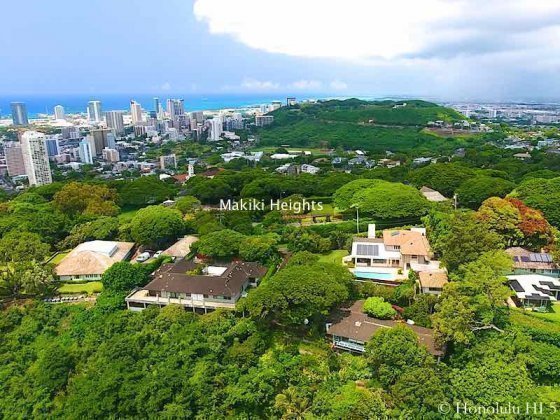 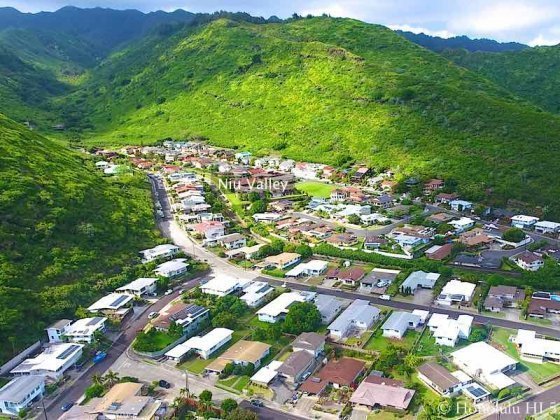 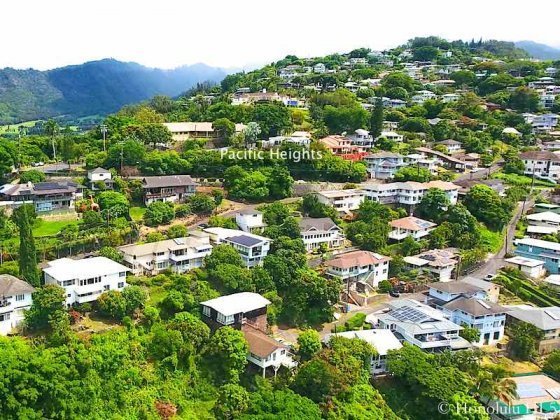 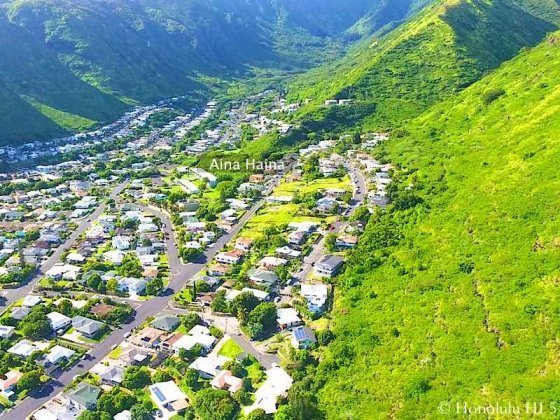 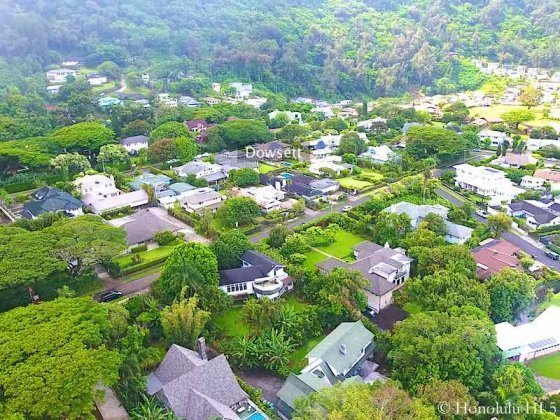 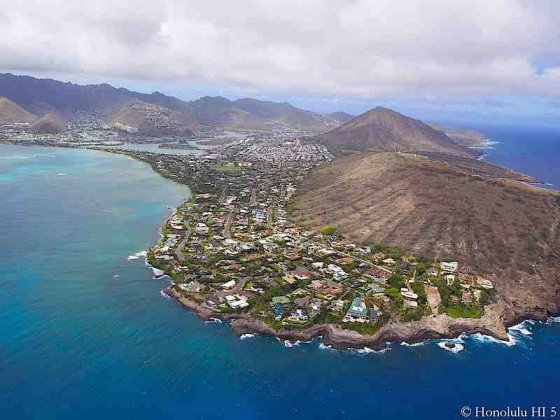 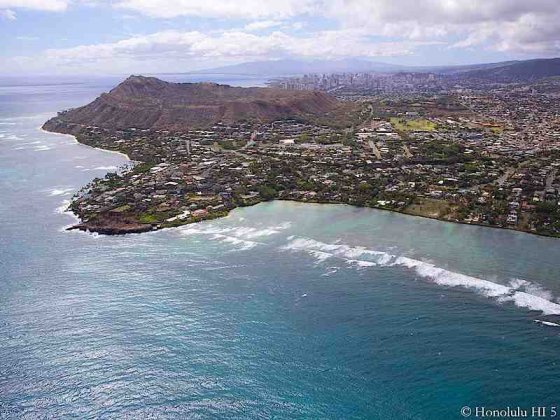 Hawaii Kai: Master-planned region in east Honolulu, developed in the 1960’s, which feels like it is a city of its own. A unique part of Honolulu with marina from homes spread throughout the region, incredible oceanfront homes in Portlock, hillside living in Mariners Ridge & Napali Haweo and golf course living in Queens Gate & Koko Villas.

Hawaii Loa Ridge: Gated hillside community, predominantly large luxury homes. Most homes were built in the initial development during the 1980’s, but several lots were left vacant and most have now been filled with more recent structures. This neighborhood feels more like an upscale neighborhood from California than anywhere else in Honolulu.

Kahala: Flat neighborhood - most residences do not have ocean views - and home to Honolulu’s prestigious Kahala Ave with stunning estate sized oceanfront homes valued near the $20,000,000 mark. In the eyes of many, Kahala is still the most prestigious neighborhood to own a home in Honolulu. You will find a mix of modern mansions next door to vintage residences, some linked to Hawaii’s most prominent families over the last 100 years.

Manoa: Old Hawaii with a vast number of well kept historic and vintage homes. Few places glow so greenly, which also comes at a price with quite a bit of rain, and has a very tranquil and peaceful feel.

West Marina: Home to several marina front homes, many homes with their own personal boat docks, allowing owners to cruise out to the ocean of even to a nearby waterside shopping center. Very unique living concept.

Tantalus: Rainforest living - feels like a jungle far from any city, yet you are very near Downtown Honolulu. Temperatures are distinctly lower up here, making for cooler days when it really counts. Large neighborhood, few homes, most with lots in the 15,000 to 40,000 sf range - considered large for Honolulu homes.

Waialae Golf Course: As the name would indicate, it is all about golf living. Needless to say, many of these Honolulu homes are located directly on Waialae Golf Course, considered the most prestigious golf club on Oahu and home to a professional PGA Tour every January.

A few other popular Honolulu single-family home neighborhoods, not included on the above list, that deserve a mention include Diamond Head, Waialae Iki, Portlock & Kaimuki.

About Honolulu
Honolulu is a unique blend of tropical paradise, modern city and small town atmosphere where you will find palm tree lined beaches alongside new high-rise condos, large shopping malls and vintage homes in an Old Hawaii style setting.

With no winter and the active lifestyles we live, you'll likely spend significant more time outdoors here. That's where that most important of real estate factors comes in - Location. Along with the options near you, everything on Oahu is within about an hour's drive, no matter where you live in Honolulu, except rush hours that is.

Drive to the unspoiled North Shore to take in the world class waves, head to Kailua to enjoy a quieter, even more laid back part of Oahu or go out to Ko Olina, the 2nd Waikiki, on the Leeward side of the Island. You'll never run out of places to go and you'll never get tired of the places you do return to over and over.

In the next few years you may not even need to drive, due to the rail system now being built. Someday you will be able to take it from the west side of the Island to Ala Moana Shopping Center and back again. Along with Kakaako, this development will bring major changes, including further building near the rail route. It's an exciting time for Honolulu real estate!


Honolulu History
Honolulu owes its existence to one crucial piece of geography - its harbor. It’s true that Native Hawaiians lived across Oahu for as much as a thousand years before the town began to take its shape. However, they lived in widespread communities whose centers changed according to where the alii were at any one time.

That would change forever in 1793 when sea captain William Brown, a fur and gun trader, realized the harbor was deep enough for large ships to dock. Soon the land nearby was filled with shops and businesses catering to the whaling ships and trading vessels who increasingly stopped here. Neighborhoods sprang up quickly as well to house those attracted by the booming industry. A city had been born.

Plantations & Tourism - Honolulu’s Foundations
The harbor’s focus would change from whaling to the local sugar and pineapple products in the late 1800’s. The need for plantation workers brought men, and later women, from Asia and Europe, arriving through this same waterfront. Many of them would fulfill their obligations on the farms, then move to urban Honolulu to take advantage of the job opportunities there or start their own businesses.

The plantation economy was joined in the early 1920’s by the tourism industry, the cruise ships finding their berths in the piers near where ships loaded with goods were going in and out of Hawaii. The contents of the ships was changing, but the effects were the same.

Though the plantations would become almost extinct before the end of the 20th Century, Honolulu was set in place. Tourism outgrew the harbor, producing hotels and entire districts that catered to the visitor industry, attracting new residents and growing families who needed homes. Real estate, in other words. 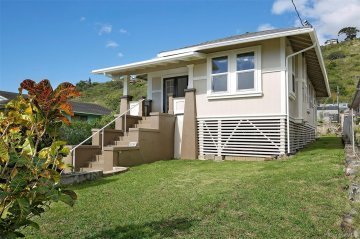 Sold4/19/'21
$1,575,000 (Sold Price)
1350 Laukahi St
3 Bd | 2 | 2,064 sqft
We need your email address, if you would like email alerts. Please Create Account - takes 1 min - or Sign In .
We exclude Leasehold data from this market analysis because Leasehold properties do not compare with regular Fee Simple properties.
We use median instead of the average because it depicts more accurately a central tendency to the sample size. Example: Take 5 numbers - 3, 5, 7, 9, 21. The median is 7 (the middle number) and the average is 9 (sum of all divided by 5).
We count days on market from listing date through closing date.